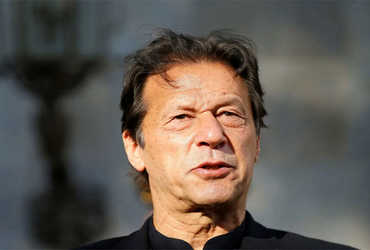 Debt-ridden Pakistan no longer has the money to buy the Corona vaccine. This was revealed by Pakistan Prime Minister Imran Khan himself. Imran said that the situation in Pakistan at present is such that he cannot borrow more money.

The government is now preparing to pledge Islamabad’s largest park to get out of debt. With the help of which Pakistan is preparing to take some more loans.

According to Pakistan’s Dawn newspaper, Pakistan is ready to pledge F-9, the largest park in Islamabad. In return, he is expected to get a loan of 500 billion. With this amount, Pakistan will try to get out of its previous debt and bring the weak economy to its knees.

There is going to be a meeting on Tuesday under the chairmanship of Prime Minister Imran Khan in which the decision to pledge the park will be taken. The F-9 Park in Islamabad is named after Fatima Jinnah and has a land area of ​​about 759 acres. This park is so green that it is considered to be the largest green area of ​​Pakistan.

The park will now be mortgaged which can be used by any country or industry. According to Pakistan’s Dawn newspaper, this decision was taken to get out of Pakistan’s weak economy and debt. Last year itself, Saudi Arabia borrowed 3 billion from Pakistan.