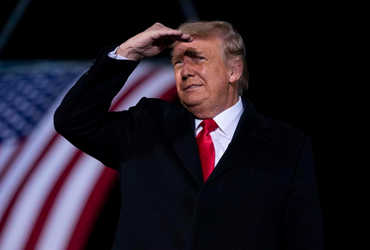 Donald Trump’s supporters in the US Congress have been mired in controversies over his violence. His term ends soon, but American lawmakers are working together to oust him. This is the first time in the history of America that a riot has occurred before the transfer of power, which the United States, the oldest democracy in the world, has to pay. It is clear that Trump aroused his supporters by tweeting and retweeting. Hence social media companies have also closed their accounts for a few hours.

In other news, an Iraqi court has issued a warrant for the arrest of Donald Trump last year in connection with the murder of Iranian General Suleimani and a prominent Iraqi leader. The International Criminal Court (ICC) has also sought Interpol’s help. General Suleimani and Mahndi were killed in a drone attack outside Baghdad Airport in January last year, according to an Iraqi court that recently issued a warrant. US relations with Iran soured after the US drone attack.

He blames Trump for killing Sulaimani, the top commander of Iran’s Revolutionary Guards. He wants to issue a Red Corner notice against Trump, the US president and the commander of the Pentagon. Even Iran has prepared a 1,000-page charge sheet to appeal to the International Criminal Court. The US military is monitoring terrorist groups and Iran’s movements in Iraq, but relations with Iraq are expected to deteriorate, as it does with Iran, where an Iraqi court has issued a notice against the president. An Iraqi court ruling is also creating a negative image for Trump, tarnishing Trump’s image in the US Congress with supporters.