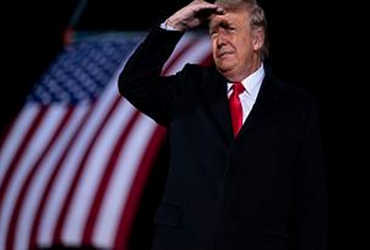 An Iraqi court has issued an arrest warrant for US President George W. Trump over the assassination of an Iranian general and an Iraqi militia leader last year. Was killed in January last year.

Al-Muhandis was the deputy leader of several extremist groups, including Islamic State groups and Iranian-backed groups to fight the state-recognized Popular Mobilization Force.

Sulaimani was the head of Iran’s Revolutionary Guard Corps. The arrest warrant was for a pre-planned murder that carries the death penalty if convicted.

Although the warrant is unlikely to be executed by Trump, it marks the last days of Trump’s presidency. The decision to issue an arrest warrant was made after a judge recorded the statements of the families of the two slain terrorist leaders.