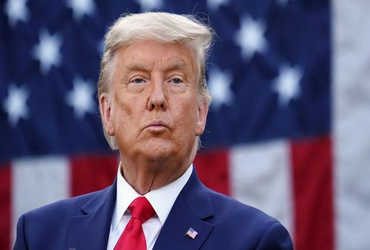 Red Corner notice has been issued by Interpol against 48 officials, including US President Donald Trump.

Interpol usually issues notices to international criminals such as Doud Ibrahim, but Iran last year asked Interpol to issue a notice to US President Trump regarding the assassination of its military officer Qasim Suleimani. Then there was a possibility of war between the United States and Iran.

Iran has called for the arrest of Trump and 47 other US officials. The request is being made because of his role in the murder of General Suleimani. Iran is committed to punishing them all.

General Suleimani, the head of Iran’s Islamic Revolutionary Guard Corps and a top military officer, was assassinated near an airport in Baghdad in January last year. He was killed in an American drone attack.

Interpol has issued notice at a time when Donald Trump’s term as president ends on January 20. Some believe that the notice may cause trouble for him as soon as the term of the President ends.