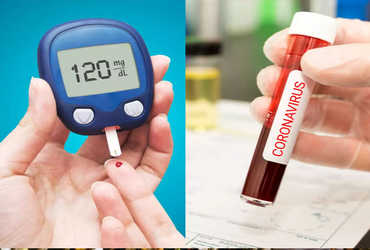 A coronovirus infection can be fatal if a person with diabetes takes a drug called SGLT2I that lowers glucose levels. A new study warns of this. Researchers at Brigham and Women’s Hospital in the United States have issued a warning for patients with diabetes.

When the disease prevents cells from getting enough glucose to function, a condition called ‘diabetic ketoacidosis’ (DKA) can arise, the researchers said. A new study published in The Journal of the American Association of Clinical Endocrinologists Clinical Case Reports states that patients with Kovid-19 taking SGLT2I are at greater risk of developing DKA, a form of UUDKA.

A condition of EUDKA arises when the cells of the body cannot absorb enough glucose. Scientists have found that five exceptional cases of EUDKA have occurred in Boston and all of these cases have been found in people who were taking SGLT2i and infected with the corona virus. Three of those patients have been sent to quarantine centers, one has been sent home and one has died.

“We have previously found that those taking SGLT2I have a higher risk of DKA and EEDKA,” said study co-author Naomi Fisher and scientist from the Endocrinology, Diabetes and Hypertension Division. That said, the risk of a person taking SGLT2i increases greatly after becoming infected.