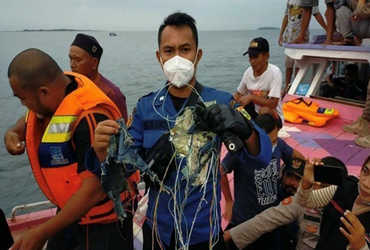 The missing plane has crashed after flying from Indonesia’s capital Jakarta. Shreevijay Airlines plane crashed into the sea. A total of 62 passengers including crew members boarded the flight number SJ182. All these people are feared dead.

Pictures of the plane’s wreckage went viral on Indonesian social media just hours earlier. However, there was no official confirmation of the accident. According to Indonesian authorities, the aircraft lost contact with the control room after flying from Jakarta. The aircraft was en route to Kalimantan in western Indonesia. The aircraft is of Boeing’s 737-500 range and is also 27 years old.