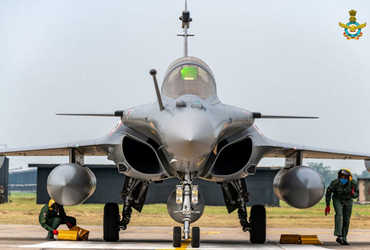 As the Indian Air Force increases in strength, the Air Force, which is facing a shortage of fighter jets, is set to receive three more Rafals in January, which will increase the strength of the Air Force by leaps and bounds.

A deal worth Rs 59,000 crore has been signed between India and France for 36 Rafale aircraft, although the date for Rafale’s arrival has not yet been determined. The three aircraft will fly from France to Jamnagar, with air refueling on the way.

With the arrival of three aircraft in January, the Indian Air Force will have a fleet of 11 Rafale aircraft. It may be mentioned here that this second batch of Rafale came to India in November, after reaching Jamnagar from France, all three aircraft will be deployed in Ambala.

With all 36 aircraft expected to arrive in India by the end of the year, Rafale’s second squadron can be deployed to strengthen the Air Force in eastern India, with the Indian Air Force importing fighter jets after nearly 23 years did. Earlier, Sukhoi-30 aircraft were involved.