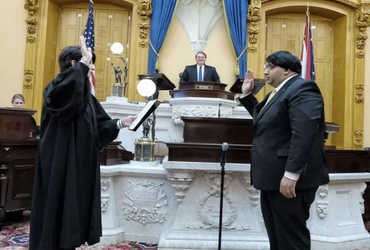 Indian-origin Neeraj Anthani has been sworn in as an Ohio state senator, becoming the first Indian-American to be part of the state Senate.

“I am happy to be able to represent the community,” Antony said after taking the oath. Antony’s term as senator will be four years. “Antony said,” I will work hard every day for the people of Ohio and give them a chance to make their dreams come true. “

“Amidst this uncertain economy and health challenges, we definitely need to implement policies that benefit the people of Ohio,” Antony said. Prior to this, Antony served as the state’s representative for the Ohio House District from 2014 to 2014. He has become the youngest member to represent the Ohio State House of Representatives.

Honored to be sworn in as state senator today! As I became the first Indian-American state senator in Ohio history today, I swear to work hard every day so that each Ohio can achieve its American dream. pic.twitter.com/2AuL3Go3HI