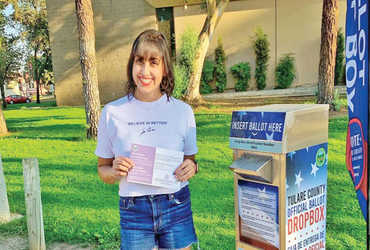 Biden’s transition team said on Thursday that Garima Verma was born in India. He decided on a strategy to handle audience and election material in Ohio and California’s Central Valley during campaigning in Biden-Harris.

A statement issued here said, “Garima Verma played a very important role in the election campaign.” Was a key member of the content team. The content team designed the material for Biden to promote throughout the country.

He was previously involved in the entertainment world and worked on the marketing team with Paramount Pictures. Garima Verma designed some small businesses and also worked as a distribution and digital consultant for voluntary organizations.