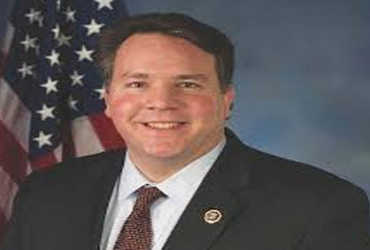 The United States has also taken a $ 1 trillion loan from its enemy China, followed by Japan: Trump’s party lawmaker

It would be surprising to know that America has borrowed crores of rupees from India. According to recently released figures, the US has borrowed about Rs 15 lakh crore from India. The United States has a total debt of 29 trillion which it has borrowed from countries including China.

This information has been given by an American MP. A US lawmaker has expressed concern over rising debt in the US and released figures. According to this MP, the US has taken Rs 15 lakh crore from India.

Also, he has raised the question that if there is such a large amount of debt, then where does the debt taken by the US governments from their countries go? Why governments are spending so much on debt should be made public. The lawmakers said that among the borrowing countries are China and Japan, which are not even considered to be allies of the United States.

“We are competing globally with China and the United States has borrowed millions of dollars from it,” said Alex Moni, a Republican congressman from West Virginia. About 1 1 trillion is borrowed from China while a similar amount is borrowed from Japan. The American economy also collapsed due to the Corona epidemic and lockdown,

In this, they had to depend on other countries for most of their medical supplies. Releasing the figures, Senator Mooney of Trump’s party said that the US has borrowed ત 216 billion or about 15 lakh crore rupees from India. While 8 is taking 258 billion from Brazil.

Senator Moon, former US President Donald Trump’s party, said the US debt was $ 5.6 trillion in 2000, a five-fold increase in just 20 years. At the same time, the legislator alleged that America’s debt had increased the most during the Obama administration.

Obama remained president for eight years, and the debt burden doubled when he became president and stepped down. According to experts, many countries, including the US, lost their economy during the Corona epidemic. Debt is expected to increase this time as well.