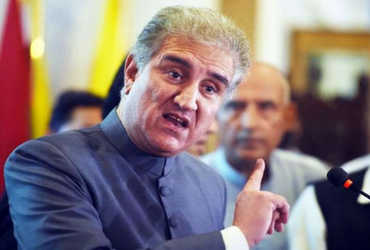 – seeks to divert attention from its internal issues

Pakistan Foreign Minister Shah Mehmood Qureshi said in Abu Dhabi, “I have received information that India is going to start a surgical strike on us again.”

“India was thinking of doing this to divert people’s attention from India’s current tensions and internal problems and was trying to build consensus with its allies,” Qureshi said at a press conference.

Originally, Pakistan was now frightened from within. After years of promoting terrorism and carrying out attacks in India, Pakistan was surprised to learn that the Indian Army had recently destroyed some terrorist camps in a surgical strike in PoK.

Now, whenever the opportunity arises, Pakistan is chanting the same tune that India will do another surgical strike on us. According to Pakistan’s leading newspaper Dawn, Qureshi was talking to reporters on a two-day visit to the United Arab Emirates. “We put our army on high alert earlier this month as we were informed on time that India was about to go on surgical strike,” he said.

Earlier, Pakistan’s state television channel Geo reported that India was preparing for the attack, according to reliable sources.