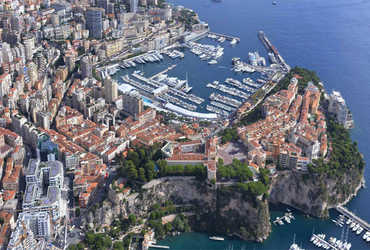 The Vatican City is the smallest country in the world with an area of ​​0.49 sq km and a total population of 825, but the city of Monaco is also included in this list. Monaco still has a monarchy. It has been a monarchy since 1927. The safety of which is the responsibility of France.

The city is located on the Mediterranean coast of northwestern Europe. Not a single person is poor here in Monaco, here property rates are zero. This is why crime in Monaco is so low.

Apart from its size, the city of Monaco is known for one more thing. This country is home to some of the richest people in the world. There are 12 thousand 261 millionaires here, ie every third person of this country is a crorepati. Monaco ranks second in the world in terms of GDP. The per capita income here is 1 crore 21 lakh 40 thousand.

The city is spread over only 1.95 sq km. It is also known as the city of Monaco due to its small space. If you travel to this country, it will take you less than an hour to travel to the country.

Located on the coast of the Mediterranean Sea in northwestern Europe, the city is also beautiful to see. The roads of this country are full of tall buildings. The total population here is about 39 thousand. Monaco is also considered the most densely populated country. This is because so many people live in a small area. This small country shares borders with France and Italy.

The most important thing in this country is that theft is less here. There is 1 policeman for every 100 citizens. Monaco’s GDP ranks second in the world. The per capita income here is about 1 crore 21 lakh 40 thousand. According to the country’s official website, out of 39,000 citizens living in Monaco, only 9,200 were born in the country, while the rest were born abroad. The average life expectancy of the people here is 85 years which is the highest in the world.