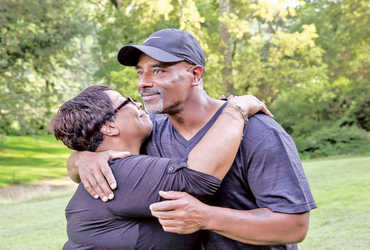 The government has paid Rs 72 crore (98.9 million) for 28 years for killing an innocent black man in the United States.

The main witness in the murder case was a man named Chester Holman III. He was implicated in lying in 1991 testimony. She was 21 at the time. However, after a long legal battle, Chester was finally acquitted and was 49 when he was released last year.

After he was acquitted, Chester Holman III sued the government for compensation. After which the Philadelphia administration announced a large sum of money. However, under the agreement reached between the two parties, neither the government nor any government employee admitted their mistake.

He was then jailed. Police and prosecutors forced some people to testify to the incident and registered a case against Chester based on their perjury.

Chester, however, was acquitted after an intense investigation and legal dispute. Due to which the administration had to pay heavy compensation. In particular, AD. Compensation cases have increased due to accusations, along with misconduct and false accusations by city police in the 1980s and 90s.

Since 2018, the city administration has had to pay a total of ₹ 3.5 million (about Rs 256 crore) in compensation. Chester Holman III said, “What I have lost due to this incident cannot be expressed in words.” However, the return I received in this regard ended a difficult chapter in my life.