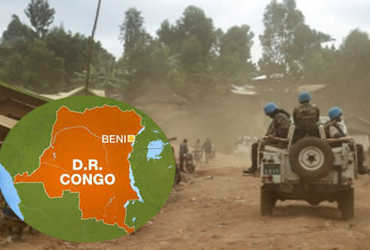 More than 25 people have died in rebel attacks in the eastern Gulf of Congo on New Year’s Eve. Local officials said rebels of the Allied Democratic Forces (ADF) attacked the farmers and were working in their fields. Some bodies were dumped in a barbed wire fence around here.

Bravo Muhindo of the Institute for Human Rights, said the killing was “extremely brutal”. The death toll is more than 25. While many are missing and reported to have been kidnapped by their attackers.

After this incident there is an atmosphere of fear among the people and the government has been demanded to increase the security of the people. On the other hand, local security forces have laid siege to the area and started searching for others. The Islamic State group has claimed that ADF attackers were also involved in the attack.

The Congolese army launched a major offensive against the rebels last year. After which several rebels hid in the vicinity of the recent attack. The attacking rebels are allied to the Allied Democratic Forces, which is believed to be a large organization of local rebels fighting the government, but also killing innocent people.