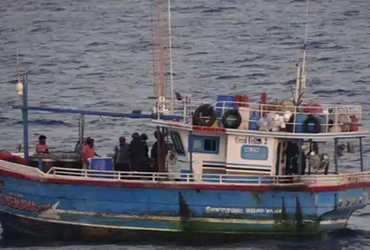 The NCB on Friday under investigation of a cross-border drug smuggling scam from Chennai paid Rs. Two Sri Lankan navy and Mohammad Afanas were arrested with 100 kg of heroin worth Rs 1,000 crore. Both Sri Lankans lived in Chennai, Tamil Nadu, hiding their identities. He said that he established his network in Pakistan, Afghanistan, Iran, Sri Lanka, Maldives and Australia.

Sri Lankan fishing vessel ‘Shenya Dua’ was intercepted from Indian waters in November 2020. The NCB undertook a joint operation with its counterpart in the neighboring country, seizing large amounts of heroin from the ship. In this campaign, NCB raised Rs. 100 crore heroin worth Rs 1,000 crore was seized. The NCB and the Indian Coast Guard intercepted a ship near the port of Tuticorin. During the search, 4.5 kg of heroin, 12.5 kg of methamphetamine, five pistols and magazines were seized.

The NCB and Coastguard arrested six Sri Lankan crew members in this connection and sent them to judicial custody. NCB Deputy Director (Operations) KPS Malhotra said, “After we received the information that a major international scam is taking place through a network spread across Afghanistan, Iran and Pakistan and two major people living in Chennai The conspirators are arrested.

Navis and Afna both have an important place in the international heroin syndicate. They were receiving shipments of drugs from Pakistani and Iranian ships to the sea. He escaped when the police in Sri Lanka were close to nab him and hid his identity in Chennai. Interpol is believed to have issued a warrant for Navis’ arrest. Officials said heroin manufactured in Afghanistan, Pakistan and Iran was smuggled from Sri Lanka and Maldives and brought into fishing vessels from Iran and Pakistani ports.