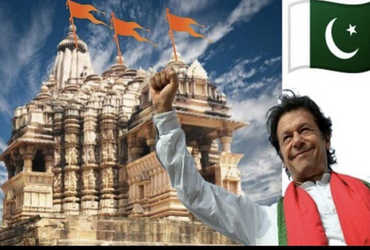 The Pakistani government on Monday approved the construction of a Hindu temple in Islamabad, which was halted about six months ago due to pressure from hardline Islamic groups.

The Capital Development Authority on Monday issued a notification in Lahore approving the construction of car walls for the cremation ghat of the Hindu community in Sector-9/2, Islamabad.

As per the plan, the Krishna temple will be built on 20,000 sq ft in the H-9 administrative room of the capital. Former Prime Minister Nawaz Sharif allotted land for the construction of the temple.

Earlier, some radical clerics warned the government not to allow the construction of a temple in Islamabad, but the CDA stopped construction of four walls on the site in July citing legal reasons.

The council, which advised the government on religious matters, said in October that there was no constitutional or Sharia ban on temple construction in Islamabad or anywhere else in the country.