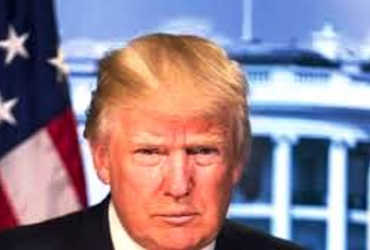 – Trump killed many people to stop this proposal

Democrats in the US House of Representatives have moved impeachment motion against outgoing US President Donald Trump.

The motion will be put to a vote tomorrow. Recently, Trump incited thousands of his supporters to march on the Parliament House. Thousands of supporters stormed Capitol Hill and vandalized it. Trump was unwilling to accept the fact that he had lost the presidential election and continued to say that the election was rigged.

However Trump could not prove any such hypocrisy in court. When the Electoral College on Capitol Hill was in the process of formally declaring Biden the winner, thousands of so-called Trump supporters created uproar and became violent. A total of four people, including a woman, were killed. More importantly, America was ridiculed all over the world.

Now in the House of Representatives, Democrats have moved a impeachment motion against Trump where the vote will take place tomorrow. In the United States, Trump may be the only president to face impeachment motion.

Meanwhile, Republican MP Alex Mooney opposed the motion, appealing that Parliament should reject it. However, Speaker of the House Nancy Pelosi told the House before the motion was tabled that Trump’s presidency would be a dangerous situation for the US Constitution. He was being proposed for impeachment. Pelosi’s team will appeal to Vice President Mike Pence and the US Cabinet to vote on the motion this evening. Parliament is not in session at this time so this work may be interrupted. Pelosi will present the motion before the full parliament today. Mike Pence and the Cabinet will have 24 hours to approve the impeachment.

Albert Schwarzenegger, former governor of California, a Republican leader and actor of Hollywood’s steel characters, likened the violence by Trump supporters to the Nazis of Germany and called Trump a crook. He said that Trump will always be remembered as the worst president in American history. In 1938, Trump supporters staged violence on Capitol Hill, similar to Nazi violence in Jewish settlements.

Meanwhile, Trump announced that he would not appear when Biden was sworn in as president on January 20. However, looking at the statements of Vice President Mike Pence, it seems likely that Pence will attend the swearing-in ceremony.