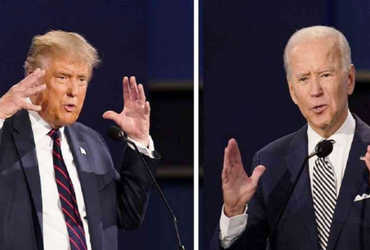 – 152-year-old tradition will be broken, Trump announced via tweet

Incumbent President Donald Trump will not attend the swearing-in ceremony of newly elected US President Joe Biden on January 20.

After considering the smooth and orderly transfer of power, Trump tweeted that he would say to those who asked him that he would not attend the January 20 swearing-in ceremony.

However, Trump’s rule has also been full of controversies. Thousands of Trump supporters stormed Capitol Hill on Thursday 7 January, following a provocative speech to the end of the regime.

Sabotage all around. Four people, including a woman, were killed. This led to a 15-day curfew in Washington DC.

Four former US presidents attributed Trump to the violence, the violence that drew worldwide criticism. At the time of writing, there were rumors that the 25th Amendment of the US Constitution, enacted in 1967, would expel Trump before the end of his term. However, following the violence, Trump did not trust and apologized to the nation, saying that the perpetrators did not represent the United States.