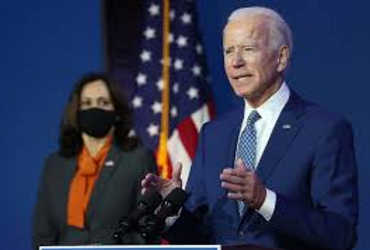 As a Democrat candidate in the election, Biden expressed the view that if we come to power, we will immediately repeal the immigration policy created by Donald Trump. But now that the time has come to take power, he changed his tune and said that it may take time to change the policy that Trump has created.

During the election campaign, Biden stated that Trump pursued an extremely strict immigration policy. When we come to power, we will repeal the policy. Changing the immigration policy will be our priority. But now he has changed his tune, saying that it may take time to change the policy of the next president.

During an interview on Tuesday, he said that hastiness could worsen the situation. We started discussing this with our policy advisers some time ago, but I think it may take a while to change Trump’s immigration policy. There is no point of exaggeration.

“There are talks about refugees with our friends, such as the Mexican President and the President of Latin America,” he said. We will then decide on the issue of refugees.

Biden’s comments came at a time when the number of refugees in the United States was increasing. According to statistics from the Customs and Border Patrol, the number of people captured and detained for infiltration has increased by 30 percent since October.