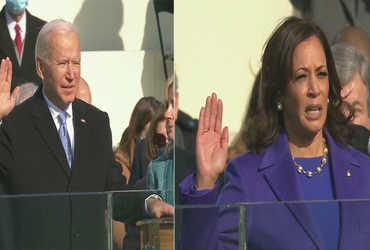 The Biden era has begun within the US.

The last few days have been very bad for the World Warlord of America. Violence by Trump supporters in the US House of Representatives has drawn criticism throughout the US. Proud to be the world’s oldest democracy, America was embarrassed by Donald Trump coming to power. Then today, January 20, was a very special day for America.

Joe Biden was elected the youngest senator from Delaware in 1973. After five decades of public life, American power is now in their hands. The swearing-in ceremony was held amid tight security following the Capitol Hill violence. More than 25,000 soldiers and police were stationed in the US capital. Former US presidents Barack Obama, George W. Bush and Bill Clinton were also present at the swearing-in ceremony on Capitol Hill.

Joe Biden’s wife was also present at the swearing-in ceremony. He became emotional after Bid’s swearing in. Joe Biden becomes the oldest president in American history.