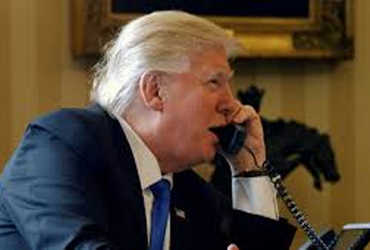 A phone recording has surfaced asking Trump to arrange a vote to win the US presidential election. The recording released by the Washington Post is over an hour long. In it, Trump is telling a Georgia state election official that he needs 11,780 more votes.

You can recruit me to vote or make arrangements. Election Officer of the Opposition Brad Raphensparger is saying, “President, your calculation is wrong.” The vote you claim to get is not yours. The recording of this phone is on 2 January. This means Trump is still not in the mood to give up.

Meanwhile, preparations for a new meeting of the US Congress (Parliament) have begun. Nancy Policy has been elected president for the fourth time. The policy was speaker from 2006 to 2011 and was re-elected in 2018.

Newly elected members of the US Congress were sworn in during the 117th session. In the next six days, both houses of the US House of Representatives will accept the results of the presidential election. Biden would then be officially declared president. Biden will be sworn in as president on 20. Trump has repeatedly alleged that the vote was rigged, but no evidence has been found.

In the state of Georgia, Trump lost by 11,779 votes. So they tried for this vote. After being sworn in on the 20th, Biden would traditionally take over, open a virtual parade and enter the White House with his family. Representatives of each wing of the US Army will be present on the occasion.

Appointment of Vijay Shankar of Indian origin as judge