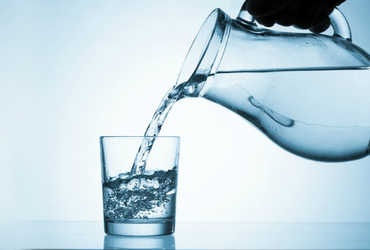 There is a saying in Gujarati that there is no extreme speed. Which, of course, made the video an overnight sensation. That is why there is a sentence in our Sanskrit that it is prohibited everywhere. We may have many experiences with this. So how do the people of England know about our Sanskrit proverb? However, there should be something like this in English. But the fact is that a young man living in England drank so much water… he drank so much water that he had to be hospitalized.

We usually hear that drinking less water makes you more likely to get sick. Then this young man from England became ill due to drinking too much water. Luke Williamson, 34, lives in Bristol, England with his family. At a time when the world was locked up, Luke realized that having too much water could prevent the corona virus. So he started drinking five liters of water every day.

It is advisable for any healthy man to drink two liters of water a day. Luke immediately doubled this amount. As a result, the sodium levels in his body fell and one day a young man named Luke became dizzy. He just fell in the bathroom when he went to take a shower at night. He was later hospitalized.

Luke’s condition was so bad that he was admitted to the ICU. Where they were placed on ventilators.