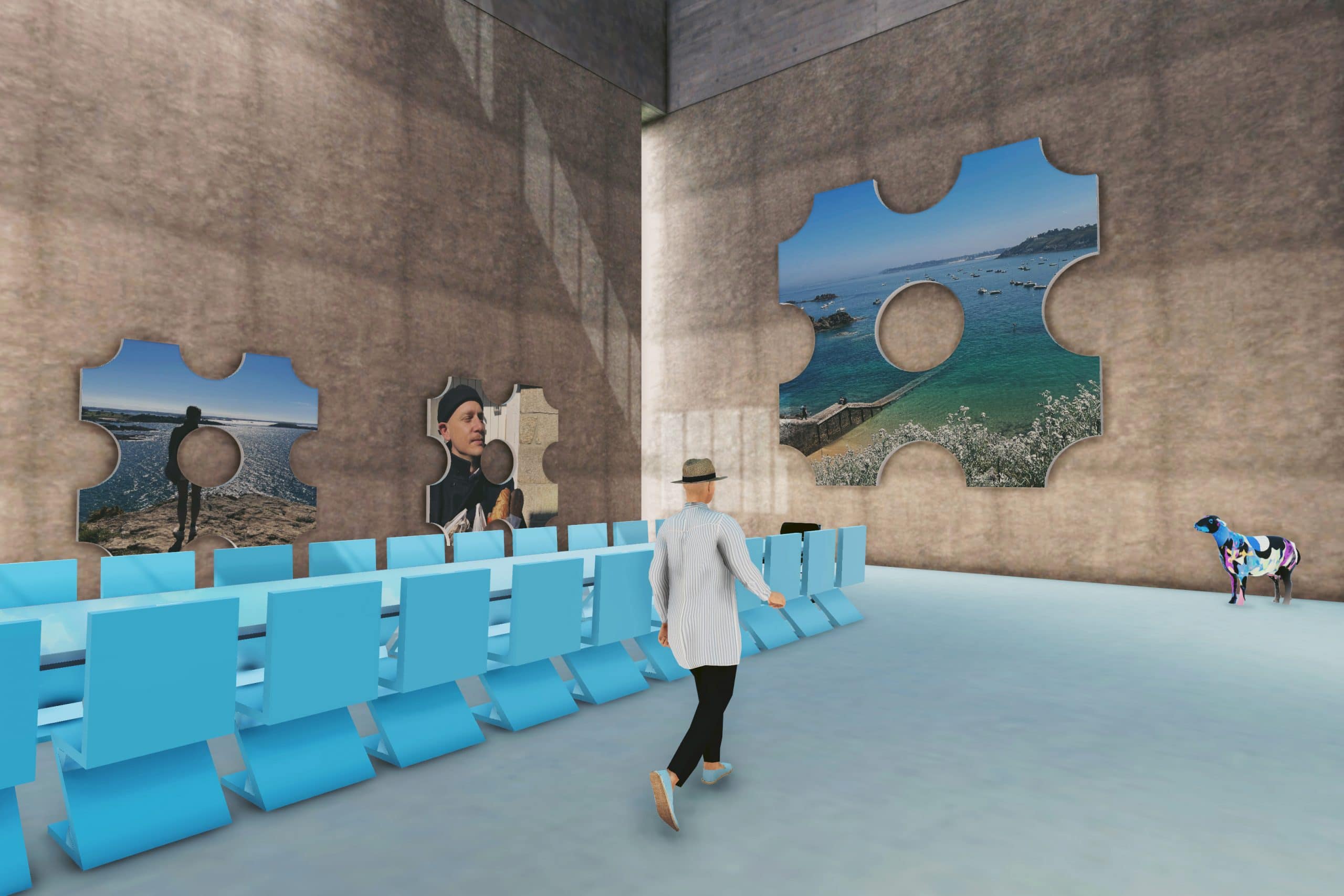 Jonas Lund is a border crosser and radical NFT artist. Where others leave it to pictures, Lund goes one step further and tokenizes himself. Investors not only benefit from the artist’s increasing market value, they also have a decisive influence on his creative work. Curated by the Berlin KÖNIG GALERIE, the interactive exhibition ON THIS DAY has now started in Decentraland, in which the boundaries between art and crypto are consistently softened.

Anyone who hangs around the digital art market can hardly ignore them. Non-fungible tokens (NFT) are stirring up the auction houses and are increasingly indicating their diverse application possibilities. What began as a gimmick for crypto-savvy artists and art-interested blockchain enthusiasts has now developed into an attractive and extremely profitable niche market. Hardly anyone tests the limits of what is feasible as radically as the Swedish artist Jonas Lund.

A good three years ago, Lund gave the go-ahead for the self-tokenization experiment. This resulted in the Jonas Lund Token (JLT), which has played a central role in his artistic work ever since. Patrons and investors benefit from the JLT not only from the artist’s increasing market value. You are also a shareholder in the fictional character Lund himself and vote on proposals and projects on the JLT website in order to actively shape the artist’s career.

The one-person Gesamtkunstwerk thus holds up a mirror to the economization of art, without, however, indulging in a tired criticism of capitalism with a raised index finger. What that looks like can currently be marveled at in the Ethereum-based VR world Decentraland. The exhibition ON THIS DAY, curated by Berlin’s KÖNIG GALERIE, has started there and invites you to a direct exchange with the artist until August 27th.

The NFT elephant in the room

Here, too, the inseparable link between exhibits and the token economy is omnipresent. Because the gallery is also a kind of board meeting at the same time, or is it the other way around? You never know that exactly in the Lund cosmos. On the walls hang some photographs in the typical JLT puzzle optics, which were selected by an algorithm from the personal pool of the artist. In the middle there is a room-filling table with 50 chairs reserved for selected JLT investors.

In between there are some animals such as elephants, zebras or penguins, but they are not only used for decorative purposes. They are NFT, with the acquisition of which the buyers each receive 250 Jonas Lund tokens and thus also subsequently receive shares from the profits of further NFT sales. They also entitle the investors to participate in the board meetings and grant exclusive access to the VIP area on the roof of St. Agnes in Decentraland, which is a replica of the KÖNIG GALERIE.

Self-Tokenization: Between Performance and Marketing

The exhibition is “the end result of almost decades of research into how values ​​are produced, conveyed and disseminated in – and around the art world,” Lund explains to us in an interview. He has been interested in cryptocurrencies and decentralized technologies since 2011, but missed the cheap entry into Bitcoin at the time. He doesn’t really know why himself. It was only with the Ethereum impact in 2015 and the ICO boom two years later that Lund was gripped by the crypto fever.

For him, cryptos are not just a means to an end. Self-tokenization offers Lund a source of income, but is also performance art at the same time, which makes the creation of value in the art business an issue. Tokenization finally gives the artist the opportunity to participate in this process: “In order to control the mechanism of value production in the art world, one has to control the art world or a small part of it”. In a way, “JLT secures the production of value, because the board consists of curators, collectors, gallery owners, dealers, writers and critics, and if they think a certain decision is right, then it has to be because they represent them Art world, and if they say it’s good, then it’s recognized as such because of its role in the art world, ”says Lund. He knows the rules of the game and likes to take the dice into his own hands.

How much Lund is there in Lund?

In addition, Lund does not feel constrained or controlled by the decisions of the JLT investors. The advisory board has “pushed decisions a few times in a direction that I would not have taken”. But that’s exactly what makes it so attractive. In any case, he does not see that Lund loses control over his work and thus perhaps also over his own handwriting. There is “100 percent Lund” in the factories. Even more: “You could even say that the larger the JLT board of directors, the more“ Lund ”it becomes, since the decisions have been reviewed by a panel of experts”.

However, that requires a lot of organizational talent: “There are certainly advantages and disadvantages, and I don’t think this model is suitable for everyone. It basically means the double or triple work as a number of options are required for each proposal ”. Incidentally, Lund is calm about a hostile “takeover” of major JLT investors. And even if: “I would be very happy about a takeover, because then I could take a step back, but the JLT would continue”.

ON THIS DAY shows once again what potential lies dormant in NFT. Artists like Lund continue to explore the possibilities, gradually softening the boundaries between the physical and the digital, and ultimately between art and crypto. Lund believes it is very unlikely that the hype will level off and NFTs disappear from the scene: “I think the NFTs are being adopted faster than any other new thing in the art world. Remember, it took the art world decades to recognize video art as a true artistic medium ”. So he is certain “that each gallery will introduce its own NFT platform and NFT will become part of a much larger ecosystem”.