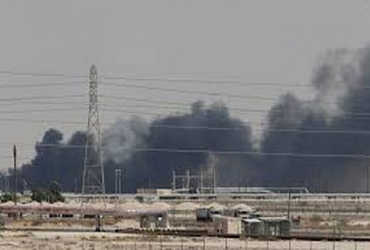 Houthi rebels from Yemen, Saudi Arabia’s neighboring country, regularly attack Saudi Arabia’s petroleum reserves. The rebels have the backing of Iran and the Yemeni government has not been able to stop them.

So on Sunday, the Houthis attacked the petroleum reserves of Saudi Arabia’s petroleum company Armco. The attack did not cause much damage, but it raised international oil prices.

Petroleum prices in international markets rose 3% to 70 70.47 per barrel (1 barrel or 159 liters) after the missile attack on Sunday. The incident occurred 14 months after the price crossed PAR 70.

Last year, both petroleum demand and prices were under control due to the lockdown. Experts are worried that a fight between the Saudi government and the Houthi attackers could push up petroleum-crude prices in the international market. India is dependent on other countries for petroleum.

A spokesman for Houthi, who also claimed responsibility for the attack, said: “We were attacked by 14 drones and eight ballistic missiles. The Organization of Petroleum Exporting Countries (OPEC) has decided not to increase production beyond certain limits. The demand for this specialty has increased significantly as a result of recent corporate scandals. Even in that case, the price may go up.