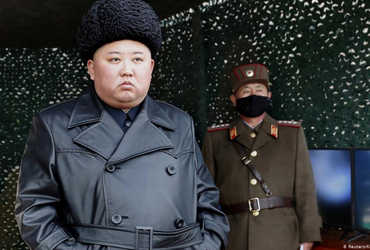 Each country has different penalties or penalties for following the rules to prevent the spread of coronaviruses. As the corona spreads from human to human, the crowd does not gather and it is important that people follow the rule of wearing masks. In the lockdown, the democratic rights of democracies were also snatched due to Coro’s transition. However, it is surprising to find that in a country, people who do not follow Corona’s protocol are sent to prison, but if they do, they are ordered to be shot.

This country is none other than North Korea, which is the country of dictator Kim Jong Un. What exactly is going on in North Korea? Nothing is known about the condition of the people. North Korean government news agencies have always praised the government. North Korea continues to be reported from its arch enemy, South Korea. According to information received, the transition to North Korea is also increasing. The government of dictator Kim Jong Un claims that there has not been a single case of coronavirus infection, but it is keeping people under strict protocols so that fear inside the coronovirus is not overcome. If he makes a mistake, he still violates the guideline. Any person who violates the rules of the corona is considered a special offender. Kim Jong Un has been ordered to shoot in public to set an example by selecting these particular criminals. The North Korean government believes that doing so will spread fear to others and they will be afraid to break the rules.