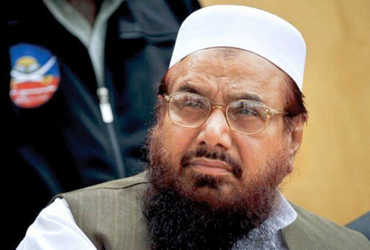 (PTI) Lahore, Ta. 24
Hafiz Saeed has been sentenced to 15 years by a Pakistani court on charges of terrorist funding. In addition, Hafiz, the mastermind of the Mumbai attacks, has been jailed for a total of six years in five separate cases.
The drama to punish Hafiz Saeed has been played five times in Pakistan at different times. Hafiz has been sentenced to 15 years in prison by the Lahore Anti-Terrorist Court in the case of terrorist funding.
In the last four cases, the sentence was 21 years, but it was enough to say. Hafiz Saeed travels freely in Pakistan and even when he is imprisoned under global pressure, he is given a palace-like facility in prison.
The sentence was pronounced by the Lahore Anti-Terrorism Court. Then there was speculation that Pakistan could be blacklisted if the Financial Action Task Force (FATF) norms were not maintained this year. The play is designed to punish Hafiz to avoid that potential danger.
If the Pakistani government really wanted to keep Hafiz imprisoned, this 40-year-old mastermind of terrorist activity would have spent the rest of his life in prison.