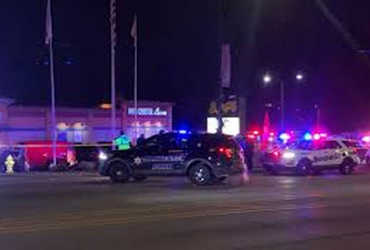 Authorities say three people were killed and three others were injured when a gunman opened fire in a bowling alley in Illinois. However, he took the attack lightly, saying it was an “anticipated” attack. Rockford Police of Rockford said on social media, the 37-year-old suspect was arrested Saturday after firing at Don Carter Lens.

Two teenagers were among those killed, the police chief said. He did not provide more information about the arrested person and those killed. He described the incident as “limited” and said that no police officer had fired on the shooter. The city of Rockford is located 130 km northwest of Chicago.

Mayor Tom McNamara issued a press release saying he was saddened and angry at the incident. A newspaper wrote that the year 2020 was the deadliest for the city. It was the deadliest year since 1965. This year, 35 people were killed in the firing, which broke the 1996 record of 31 deaths.