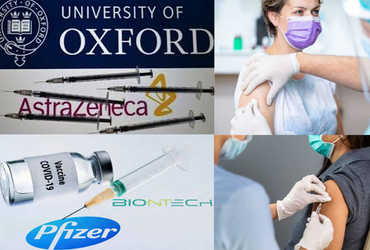 Controversy has begun between senior government doctors and companies to give Pfizer-Bioentech and a second dose of the Oxford-AstraZeneca Corona vaccine, which are currently widely available in the UK.

The government’s Joint Committee on Immunization and Immunization claimed that unpublished data showed that the Oxford-AstraZeneca vaccine was effective even after a 12-week hiatus.

The World Health Organization recommends a four-week interval between two doses of the corona vaccine, which can be extended up to a maximum of six weeks in unusual circumstances. The controversy began when 5.4 million people were currently vaccinated in the UK. Johnson said that one in ten people in England were given their first dose of the vaccine.