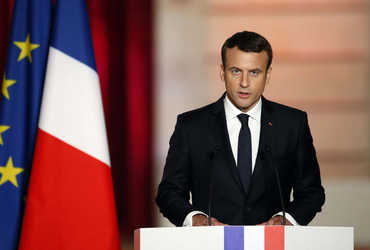 French President Emmanuel Macron is facing opposition due to costs incurred during the Corona era. Opposition leaders are targeting him. Emmanuel Macron has spent 7 7,29,000 (Rs 5,36,27,791) on flowers alone at the Elysée Palace, France’s presidential palace in the year 2020. In the midst of the economic downturn caused by Corona in France, Macronai is baffled by costs. Ordinary people of the country including opposition parties are criticizing the President on social media. People are rejecting these costs.

Following this news, French President Emmanuel Macron was criticized on social media and the mainstream media. People are saying that it is not appropriate for the President to spend so much time when the country is badly affected by the Koro epidemic and there is a terrible economic crisis in the country.