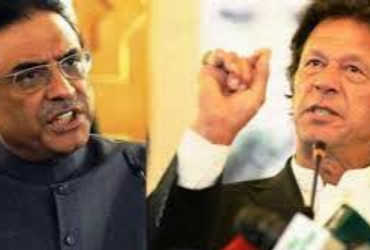 – Speaking on the 13th death anniversary of Benazir Bhutto

Speaking at a function on the 13th death anniversary of his late wife and caretaker Prime Minister Benazir Bhutto, Zardari said that current leaders do not have the necessary mindset to run the country.

Opposition groups in Pakistan have been rallying against Imran Khan for some time. All protests believe that Imran Khan is a puppet of the Pakistani army. It has no administrative capacity. Due to his disability, Pakistan has become a laughingstock in Jagachota and has lost friends such as Saudi Arabia.

Almost every week, the opposition holds a public meeting in one place or another which involves thousands of people. Nabira of the Bhutto family and other former Prime Minister Nawaz Sharif’s family members also addressed the gathering strongly criticizing Imran Khan. A Pakistani court has declared Nawaz a fugitive in connection with the ongoing case against Nawaz and has started the extradition ceremony from Britain.

Zardari openly challenged Imran to hold elections if he had the courage. People will prove themselves with whom they are with. The opposition has been organizing rallies and rallies since 16 October. Such places included Peshawar, Gujranwala, Karachi, Quetta, Multan and Lahore. The prices of essential commodities in Pakistan have skyrocketed due to the mismanagement of Imran Khan. Wheat flour was selling 80 rupees and wheat 100 rupees more. The inefficiency of the government on the one hand and the attacks of terrorist organizations on the other hand were thus crushing the people on both sides.

Thousands of people organized rallies and rallies spontaneously and the opposition slogans of Imran Khan. Pakistan’s military chief General Bajwa’s warning of terrible consequences has had no effect on the opposition. The opposition also rejected Bajwa’s invitation for discussion.