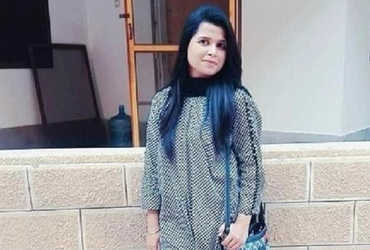 – A total of 18,553 candidates appeared for the written examination.

For the first time in Pakistan, a Hindu woman has passed the prestigious Central Supreme Service (CSS) examination of the country and has been selected for the Pakistan Administrative Service (PAS).

Sana Ramchand is an MBBS doctor living in a rural area of ​​Shikarpur district in Sindh province, which has the largest Hindu population in Pakistan. It is one of the 221 candidates who have passed the CSS exam. A total of 18,553 candidates appeared for the written examination, in which the final result has been declared after detailed medical examination, psychological examination and interview.

After the results were announced, Sana tweeted, “Vahe Guruji ka Khalsa, same Guru Ji ki Fateh.” He further wrote, “I am very happy to announce that, by the grace of Allah, I have passed the CSS 2020 exam and have been selected in PAS. All credit goes to my parents.”

Sana Ramchand is the first Hindu woman to be selected for PAS after the CSS exam. Sana did her MBBS from Chandka Medical College in Sindh Province and completed a house job at Civil Hospital Karachi. He is currently studying FCPS at Sindh Institute of Urology and Transparent and is soon to become a surgeon.