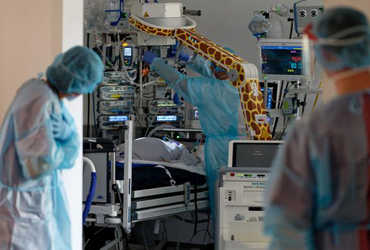 The world has been battling the Corona epidemic for the past one year. Millions of cases are coming up every day. Therefore thousands of people are also dying. Amidst all this, the new tension of Corona has created an atmosphere of fear among the people. Amidst all this, the Corona riots have also begun in Germany. Corona on Wednesday killed more than 1,000 people in a single day in Germany.

This is the first time since the corona virus outbreak in Germany. Corona has killed 1,129 patients in Germany in the last 24 hours, Germany’s National Center for Disease Control said on Wednesday. The highest number of deaths occurred a week ago. Then 962 people died in one day.

With 1129 deaths, the total number of corona deaths in Germany has risen to 32,107. So far, a total of 16.9 million corona cases have been reported. When Germany had its first wave of Corona, it had a much lower death rate than other countries in the world. Whereas now the death toll in the second wave is continuously setting new records.

Due to the second wave of Corona and the new strain of the virus, there are again strict restrictions. The ban is in force from 10 January. Restrictions will be extended if the situation does not come under control even after 10 January.