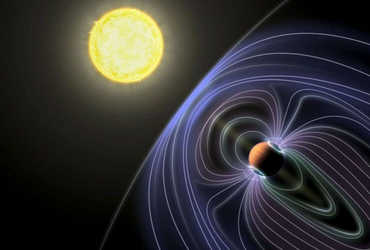 Washington, Ta. 13
From the other side of the solar system; Unknown mysterious voices from around 21 light years away have been captured in the telescope. An international team of scientists reported on the study of captured waves in a Netherlands-based telescope. Speculations of cryptic aliens have resumed.
A team of international researchers has used low frequency techniques to identify radio waves in the solar system. This is the first time the cryptic sounds across the solar system have been captured in a telescope. These waves came from 21 light years away. That is, if an object travels at the speed of light, the point of origin of these waves can reach in 21 years.
An international team led by scientists at Cornell University in the United States studied low-frequency waves and then came to the conclusion that there is a planet made up of gas orbits beyond our solar system, which scientists call hot jupiters. It has been concluded that waves have arisen around this planet.
The report was published in the journal Astronomy and Astrophysics. These waves came from a solar system called Toots. Researchers say this is the first time that these signals have been found from outside the solar system. If a signal is received in this way, the nearest planets outside the solar system can also be studied.
The researchers said that the mysterious sounds may have originated due to the special gravity of the planet. Researchers have not made any official statements about the aliens, but mysterious sounds have led to speculation that the waves would provide an opportunity for further study to detect aliens.