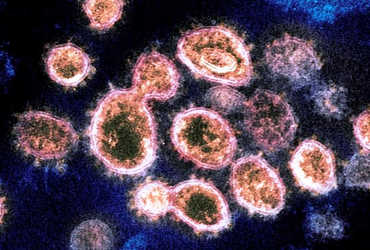 – Although new tension was seen in Britain for the first time

The first case report of a new corona virus strain in China has caused panic.

The first outbreak of the corona virus occurred in early 2020 in Wuhan province of China. Although China denied that anything like this had happened, a specialist doctor from China himself broke the charge and later died in a suspicious condition.

However, a new strain of corona virus was first seen in Britain. As a result, there was uproar between scientists and doctors. The June 22020 virus has not yet been controlled. The sensation spread around the world when a new virus strain appeared when vaccination began.

This week a strain of new corona virus was found in the Wise man who came to India from Britain. However, the companies that make the corona vaccine claim that the vaccine designed for the corona will also affect the new strain.

In Britain, a strict lockdown was imposed from the last date of December. British Prime Minister Boris Jones himself claimed that an unprecedented lockout occurred on 75 per cent of Britain.

Meanwhile, China on Thursday claimed that one of our company Sinopharm discovered the coronavirus vaccine and that the vaccine would be delivered to the public through the Beijing Institute of Biological Products.

However, China has not commented on the new corona virus strain. According to a Reuters report, the first such case came to light in China. Reuters did not reveal where it came from.