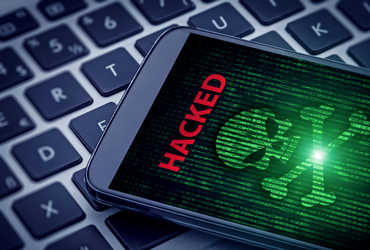 New Delhi date.
Experts at cyber security agency Checkpoint Research claim that hackers snatch users’ sensitive data through a fake app called Flix-Online, which Netflix offers for free.
The Checkpoint research team found that a fake app called Flix-Online, available in the Google Play Store, leaked data from sensitive users. In the name of showing Netflix for free on smartphones, this app monitors auto-messages from WhatsApp and robotics.
This method allows hackers to spread malware and even snatch data from other people’s mobiles. The use of this data increases the risk of mobile hacking in the future. The report also found that hackers were gaining access to WhatsApp accounts and receiving sensitive and sensitive information.
An Android virus called Wormable is very dangerous. The virus is installed using a fake app on mobile. Apart from WhatsApp, hackers can also snatch information from messaging apps.
In the report, experts suggested that those who installed such fake apps in mobiles should be removed. Those who have downloaded this app in the greed to get free Netflix, have no idea that they are suffering heavy losses, which could have serious consequences in the future.
Experts advised that the account should be closed and removed instead of deleting the app. Otherwise it could have given hackers access to mobile.

Ukraine, will deploy robot tank amid tension with Russia, fear in the world