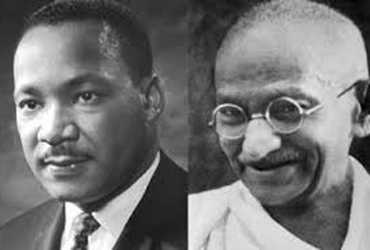 Last year, the US government had to shut down for a few days before not signing Trump’s fund approval. That is, all the segments were closed except the inevitable. This time the situation continued.

Because Trump was not ready to sign the approved 90 908 billion package for Corona. The deadline to sign it was Saturday. In the end, Trump signed it under pressure from Parliament. Trump also signed the Gandhi-King Scholarly Exchange Initiative.

Through this forum, leaders of both countries will study the tradition of Gandhiji and Martin Luther King Jr. Scholars from both countries will be selected for this. Gandhi had a profound influence on Martin Luther Jr., who fought against black apartheid in America. Under the relief package signed by Trump, Koro’s unemployed will receive an allowance of ₹ 600 per week.

However, Trump wanted an allowance of 600 2,000, not 600 for every unemployed person. In his opinion, the amount of 600 was small. Hence Trump insisted on not signing. If it was not signed, the shutdown rule would have come into effect from Tuesday. Instead of signing, Trump went on vacation to Florida and played his favorite sport, golf.