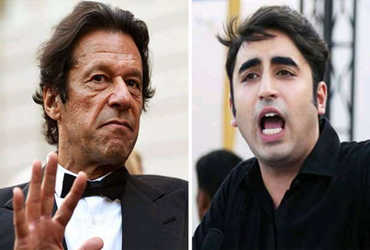 Pakistan’s opposition parties have stepped up their campaign against Prime Minister Imran Khan. Pakistan Peoples Party (PPP) President Bilawal Bhutto Zardari warned that if Imran Khan did not leave the post by 31 January, the PDM would march in Islamabad. So Mariam Nawaz has criticized the Pakistani army over the defeats in Kashmir and Siachen. He said that Imran Khan’s party used force at the behest of the Pakistan Army and the ISI and conspired against the elected government. But remember that ideology can be hanged or banished.

Pakistan’s controversial Prime Minister Sheikh Rashid has accused the opposition, especially Nawaz Sharif, of flashing the shoes of former dictator General Ziaul Haq. He claimed that Pakistan’s army has never been involved in the country’s politics before and will not be in the future either.

It may be mentioned here that PDM is a coalition of 11 opposition parties. Addressing a rally on the death anniversary of former Prime Minister Benazir Bhutto, Bilawal blamed the Imran government for increasing the prices of essential commodities. According to The Express Tribune, Bilawal said, “The puppet Prime Minister has no concern for the people. The reason behind this is that he did not come to power with the vote. ‘

He said, Benazir is alive in the hearts of all today. Those who collided with them were eliminated. No one visits the tomb of General Zia ul Haq and Pervez Musharraf is forced to live abusive lives abroad. Bilawal said, “A person can be jailed, not an ideology.” Significantly, the PDM is protesting against the Imran government amid allegations of election fraud, corruption and searching for Pakistani soldiers.

The next meeting of coalition leaders will be held in Lahore on January 1, PDM president Maulana Fazlur Rahman said on Monday. Geo News has indicated that a rally of opposition parties will take place at the residence of Maryam Nawaz, the vice-chairman of PML-N. Meanwhile, further strategies will be worked out against the Imran government.