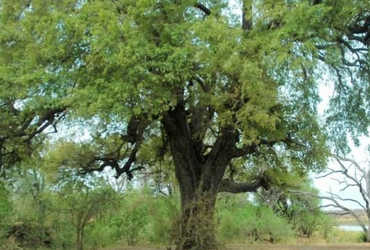 According to a report released by the Global Tree Group of the International Union of Conservation of Nature, 71% of oak species are on the verge of extinction. The report describes about 200 species of oak, including the number of trees and imminent danger warnings. Scientists believe that to preserve and preserve species of oak trees one must understand the seriousness of this report.

According to the information obtained, the risk of extinction of oak is higher by percentage than in mammals and birds. Therefore, there is an urgent need for conservation of endangered species. According to the Botanical Garden Conservation International, more than 200 species in the UK alone, such as cakes, insects, lichens and mammals, depend on food and habitat for native oak. If the oak becomes extinct, the rest of the species will be adversely affected. More than 200 species of oak have been identified, some of which are extremely strong and fibrous. Oak is therefore widely used in making furniture.

The oak leaves are ripe, the fruit is usually round and pointed at the top. Oak is found in the east, from Malaysia to the Himalayas and the Caucasus, from Sicily to the Arctic, North America, and India. More than seven species are endangered in China as oak trees are being cut for timber. Oak trees have declined in Mexico, Vietnam and the United States.

If we talk about India, there are a total of 21 species, of which 7 are on the verge of extinction. Most climate changes are responsible for the extinction of various species of oak. In addition, fast spreading diseases and pests have damaged oak. In Southeast Asia, agriculture and urbanization are responsible for deforestation, of which oak is no exception.