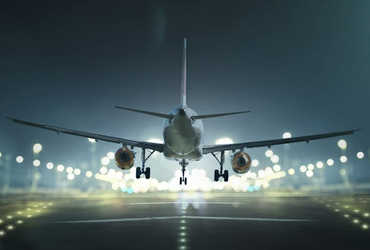 Washington, Ta. 2
A study by aviation advisory company To20 claimed that despite a 30 percent drop in plane crashes in 2020, the number of deaths had increased from the previous year. In 2030, there were 40 plane crashes worldwide, killing 6 passengers.
An analysis by the aviation advisory company showed that in 2016 there were a total of eight aircraft accidents. In which 7 passengers were killed, by 2020 less than half the aircraft had crashed. However, the death toll remained high.
The aviation industry was closed for months due to lockup. The aircraft had been dusting for several months. Despite the low number of flights, the increase in accidents was considered a serious matter by the consulting company.
The biggest accident occurred in January 2020, killing 12 people. The plane crashed in Iran and belonged to Ukraine. The plane crash was said to have been caused by an Iranian missile. The next most serious accident occurred in Pakistan in May 2020. In which 3 passengers were killed. In that accident, the airlines faced serious deficiencies.
However, the number of plane crashes and deaths has dropped significantly over the last decade and a half. For example, in 2009, 1,012 people died in plane crashes worldwide. The death toll has declined sharply in the last three to four years, but more people died in 2020 than in 2014.