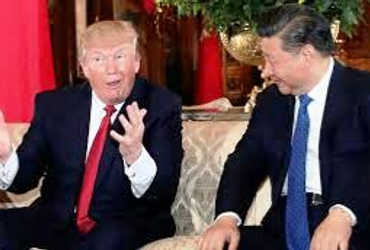 -Ban on eight apps for transaction

– Emphasis on the operation of software companies

Eight such software apps also include WeChat Pay and Jack Man Ant Group’s Alipe. The order banning eight apps was signed by Donald Trump on Tuesday. All these apps belong to Chinese companies. Trump alleged that users’ data is reaching China through these apps. China was being spied through these apps.

This order will be executed after 45 days. However, before that, Trump would have evacuated the White House. Trump did not consider any deliberations with the Biden administration group before signing the order.

A government official said that the eight apps that were banned had a maximum of eight downloads. That means if Trump’s allegations were true, millions of user data would have been leaked in China.

Earlier, the Trump administration banned China’s Bitdance video app TikTalk. However, a US court has ruled that the ban is illegal. It may be recalled here that prior to the US, the Indian government had banned 224 Chinese apps which were welcomed by the US and US senators.

However, it is possible that the late president’s order will be challenged in court by a user and the court will either change the order or rescind the order when Biden comes to power.