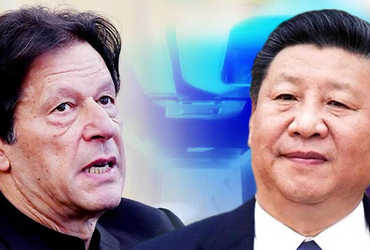 The rail project between China and Pakistan has been mired in controversies. China, which has sunk Pakistan into billions of rupees of debt, has said that if Pakistan gives additional guarantees, it will only give more loans to Pakistan’s rail projects.

China has made it clear to Pakistan that it wants additional guarantees from Pakistan before approving a loan of ૬ 4 billion for a railway project in Pakistan. This could lead to a dispute between China and Pakistan. Financially bankrupt Pakistan has borrowed crores of rupees from China, so now China is not ready to give more money.

A senior Pakistani official raised the issue with China. Pakistan is one of the G-20 countries. It has appealed to the G20 countries to get relief from the increased debt, which benefits only the poorest people. China is ready to invest 50 percent for the railway project between Pakistan and China, but this amount will be given as a loan and Pakistan will have to repay it within a period of 15 to 20 years.