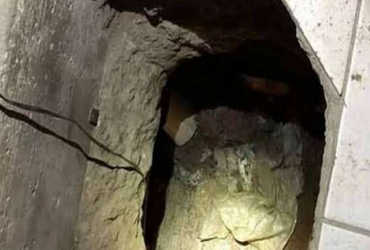 A strange case of a poor man has surfaced in Tijuana city of Mexico, whose photo has gone viral on social media. A married man named Alberto was having an affair with a woman next door. Once the wife went out of town and dug a private tunnel from her house to the neighbor’s girlfriend’s house. Whenever there was a chance, this lover would reach his girlfriend with the help of Khan. One day, when the lover’s husband caught both of them red-handed, the entire love story was revealed.

The husband of a woman named Pamela was a security guard who was beaten when he suddenly came home earlier than usual. However, the husband could not understand where Alberto had disappeared without leaving home. The woman’s husband did a lot of research and eventually found a mine under the basement. Security guard George bravely descended into the tunnel and proceeded slowly as he reached Albert’s house. Citing local media reports, Albert apologized and asked not to tell anyone, but security guards refused. People around were also troubled by the scuffle between the two.