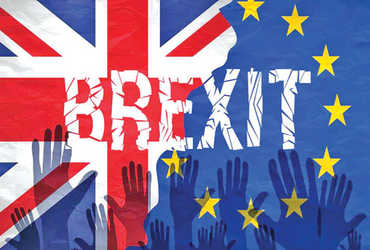 The main obstacle to the implementation of the backstop policy is the vote in the British Parliament on the issue of the agreement on Saturday, including several protests, including the Labor Party.

Just before the 31 December deadline for Brexit negotiations, British Prime Minister Boris Jones announced on Thursday that the deal had been reached. However, agreements between Britain and the European Union are yet to be ratified by the European and British parliaments. Sources say that there are many hurdles in these agreements.

It remains to be seen whether PM Boris Johnson will be able to pass the Brexit Agreement, which has plagued two British Prime Ministers in the British Parliament. Because many parties are not in support of this new agreement between Boris Johnson and the EU.

In addition, Northern Ireland’s backstock dispute is unresolved. However, a few days before the December 31 deadline, details of the deal, including the final amendment to the FTA, will be announced in the coming days.

The details of the Brexit deal are contained in thousands of pages. Encouraged by the agreement Boris Jones said, “Britain will now have the opportunity to move forward and we will be able to establish trade relations with the countries of the world.”

The deal is the largest bilateral agreement ever to cover trade of ₹ 668 billion in 2019. EU President Ursula van der Leyen said the deal respected EU rules and standards. However, the deal still has many hurdles. Britain’s main opposition Labor Party has called for a new referendum in Parliament to oppose the agreement.

The Scottish National Party and the Liberal Democrats have also opposed it. Backstop policy is a major obstacle in Brexit. After Brexit, Ireland will be divided into two parts under this policy, with the right of one to Britain and the other to the European Union. This means that products will be checked at the border, for which neither party agrees.