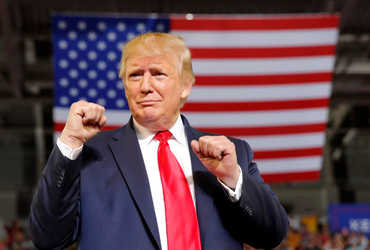 The US has demanded the removal of President Donald Trump following the violence on Capitol Hill. With just a few days left for Trump’s term, plans are to remove him. The Democratic Party has also given Vice President Mike Pence a 24-hour ultimatum. In this regard, the Democratic Party plans to approve a resolution in the House of Representatives on Monday.

The Democratic Party’s proposal calls on Vice President Mike Pence to use the 25th Amendment to the Constitution to remove Donald Trump from the presidency. Trump has also been asked to be declared incompetent in office and in his duties.

House Speaker Nancy Pelosi wrote a letter to Democrats on Sunday, calling on Vice President Mike Pence to call for a cabinet meeting to use the 25th constitutional amendment to present a resolution on Monday. The rate of this meeting is to declare Trump unable to fulfill his address responsibilities.