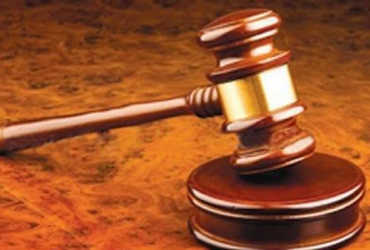 Islamabad, Ta. 2
cutting. The British High Court has ordered an immediate withdrawal of Rs 50 crore from the bank account of the embassy. A British court has reprimanded Pakistan for the recovery of foreign property. The case was pending against Pakistan since 2012, which was decided.
The case of the British National Accountability Bureau and the Government of Pakistan was pending in the British High Court. In it, the British High Court convicted Pak and immediately ordered the National Accountability Bureau to pay the penalty. As per the High Court order, Rs 70 crore will be immediately withdrawn from the Pakistan High Commission’s bank account and handed over to the National Accountability Bureau.
The case was pending since 2013. Foreign asset recovery firm Broadsheet LLC engrossed Pakistan. This foreign property did not give Pakistan the amount it was going to give. The issue reached the National Accountability Bureau and the case eventually went to court.
The court ruled after hearing both sides that Pakistan was in trouble over the issue. Fines will have to be paid for non-payment of amount at the time of rule. Following the court order, the manager of United Bank Limited UK wrote a letter to the Pakistan High Commission informing that Rs 50 crore would be deducted from the penalty account.
The bank even wrote in a letter to the Pakistan High Commissioner that if the Pakistan High Commission delays the payment, the bank will immediately deduct the amount as per the court order and all transactions will remain suspended till the High Commission is revealed.
Facing an economic crisis, Pakistan’s decision has caused global embarrassment and a major economic shock from above.