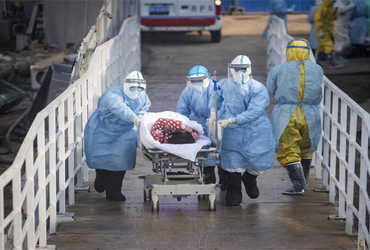 Recently released survey results show that antibodies were developed in 4.4 percent of the city’s population of 11 lakh. Based on this, it can be estimated that health officials said that ten times more corona infections had spread. China has taken an aggressive stance due to worldwide criticism of its efforts to contain the Coro epidemic.

Emergency immunization has been introduced in Wuhan despite China not officially approving any vaccines. On the other hand, Russia was reported to be three times more likely to have corona virus after death, third in terms of mortality.

Deputy Prime Minister Tatiana Golikova said the death toll from the Corona epidemic had increased by 81 percent. In other words, the corona epidemic in Russia has killed more than 186,000 people.

As a result, Russia now ranks fourth in the world in terms of the number of Corona cases. But Russia put the death toll at 55,265. Currently, America has the highest number of deaths at 3,33,140, ​​followed by Brazil at 1,91,139 and Russia three times.

South Africa’s President Cyril Ramaphosa has banned the sale of alcohol in the past week in view of a sharp increase in the number of Corona cases, arresting those who do not wear masks in public as a criminal offense And sentenced him to six months in jail.

The head of the National Health Service in Britain, Sir Simon Stevens, said the situation in Britain had deteriorated again. After the second wave of corona epidemics, patients are re-emerging in hospitals in Europe and Britain.

On the other hand, there are some countries that do not have enough money to buy the Corona vaccine and are not very poor. These countries are stuck in the middle of the vaccine issue. They cannot bargain billions of dollars to get vaccinated, they cannot even ask for international help.

Countries like South Africa will have to wait until mid or late next year for vaccination. On the other hand, global investment banks have raised ₹ 125 billion in this difficult year of the epidemic. He has written this amount by reducing the capital and debt of the companies.

The reduction in merger and acquisition advisory fees has been offset by this underwriting. Banks like JPMorgan Chase and Goldman Sachs have thirty percent of their fees this way. That figure is as much as 37 billion. At the same time, the gap between rich and poor in Australia has widened.