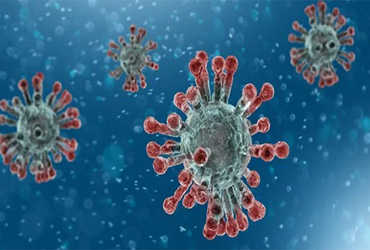 Geneva: According to the head of Europe of the World Health Organization, the death toll from corona in Europe has crossed one million. Hans Cluj said that there has been a 30 percent drop in corona-related deaths among people over 60 years of age. He added that people who have received the AstraZeneca Corona vaccine have an increased risk of developing blood clots.

The Robert Koch Institute in Germany said that the total number of new cases of corona has reached 20,8,6 in the last two hours, while the number of new cases has been reported, while today the total number of people who died of corona has reached 20,000. Nearly nine people died. Health Minister Jane Sphene said that Germany vaccinated 12.5 percent of its population against Corona. Currently, five to nine million people are vaccinated with the Corona vaccine every day, and 90 percent of the new cases are from the UK version.

Meanwhile, after the US, Italy and South Africa also plan to give Johnson & Johnson the same shot shot. The government has temporarily suspended distribution of the vaccine in the US following reports of blood clots. According to press reports, 1,2,000 doses of the vaccine have arrived in Italy and are being stored at Rome’s Pretica de Mar military base. In Italy, 5.07 million people have been vaccinated against Corona, which is 2.7 percent of the population. Corona has so far claimed 114.5 living in Italy. Currently, 2,09,17 cases of corona have been reported in Italy.

South Africa’s Health Minister Zweli Makhije said that 2,3,8 people in the country were vaccinated against Johnson & Johnson, but not a single case of blood clotting was reported. But the decision comes after the US suspended the vaccine. According to Johns Hopkins University, Coronas has killed 2.3 people in South Africa. The total number of corona cases in the country is 13,21,6.

Meanwhile, the number of new corona cases rose to 21,6,6 on Thursday, while 2,09 new cases were reported on Thursday. Iran’s President Hassan Rouhani has said that 3,201 corona patients are currently being treated in the ICU.