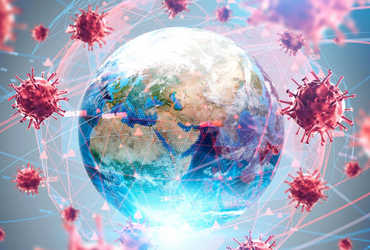 The world, which has been battling the Corona epidemic for a year, has barely closed its eyes, with a new strain of the Corona virus in Britain, once again creating an atmosphere of fear around the world. People thought that now that the vaccine had arrived, the end of the corona virus was near. But now this assumption seems wrong. Amidst all this, Ugur Sahin, CEO of Corona vaccine manufacturer Bioentec, said that the Corona virus is not going to go away soon.

Sahin said this in response to a question inside a virtual press conference. Sahin was once again asked when life would be normal. Pfizer has developed a corona vaccine in association with Bioentech. The vaccine has already been used in the United States, but has been approved in more than 45 other countries around the world.

Britain has the highest death toll this week after Corona exposed a new strain. Therefore another new version has been found which is associated with South African tourists. This new strain has been identified as a more contagious and dangerous strain.