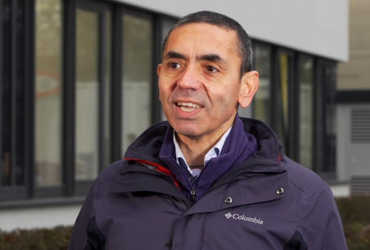 Countries affected by the Corona epidemic have started historical vaccination programs to eradicate the epidemic or to begin preparations for vaccination in earnest. At a time when Britain is experiencing a new type of corona epidemic, there is panic all over the world. Making the world more concerned, the CEO of Bioentech, which developed the Corona vaccine along with Phenoener, said that soon the world would not get rid of the Corona epidemic. This virus will remain with us for a decade.

Ugur Sahin was asked about the virus’s deadline at a virtual conference this week. Sahin was asked when life would become normal in the world by getting rid of the corona virus. “We need to redefine ‘normal’,” he said. This virus will remain with us for the next 10 years. The Bioentech vaccine has been developed with the US pharmaceutical giant Pfizer and has been approved for use in more than six countries including the United Kingdom and the United States.

Sahin said his vaccine was likely to be adjusted to a new strain of coronavirus in Britain in about six weeks. He said, “The beauty of messenger technology is that we can actually start vaccine engineering, which can completely copy this new mutation.” “We can make a new vaccine available in just six weeks.”

Sahin said he was confident that the new strain of Corona virus in Britain would not affect his vaccine capacity. The new type of Corona, which has been introduced in Britain, has again caused a wave of concern around the world including India. After the new virus was identified in Britain, the death toll in the country has increased rapidly this week. Health Secretary Matt Hancock said the new version of Corona is more dangerous because it spreads more quickly. On 12 December, British Prime Minister Boris Jones announced the introduction of a new type of corona, saying it was spreading 30 percent faster than before. This led to severe lockout in many parts of England.