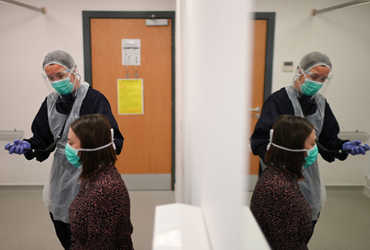 The epidemic in Britain has increased after a new strain of corona virus was found. Over 55,000 cases of coronavirus have been reported in the UK in the last 24 hours. Therefore 964 people have died. This is the first time since the outbreak of Corona virus that such a large number of cases have occurred in the UK in a single day. New strains have also been reported in Florida as well as California and Colorado in the United States. Not only this, but also new cases of increasing tension inside Russia.

According to figures released on Thursday in the UK, there have been 55,892 new cases in the country in the last 24 hours. It is the third consecutive country with more than 50,000 positive cases. As a result, the total number of corona cases in the country has crossed 24 lakh 88 thousand. So far, a total of 73 thousand 512 patients have died.

A new strain of the corona virus was discovered in Britain last week, which is facing another wave of corona epidemics. Since then the corona has spread twice as fast. This new British tension has reached decades in the world. This new form of corona is 70 percent more infectious than before.